The award was bestowed upon Rabbi Sufrin by Her Majesty herself in a prestigious ceremony in Buckingham Palace, attended by his wife Mrs Devorah Sufrin and two of their children, Chavi and Yaakov Yehudah.

The ceremony at Buckingham Palace was followed by a tea at the House of Commons hosted by Member of Parliament Lee Scott and his wife Estelle. This was followed by a community reception back at Chabad Gants Hill. 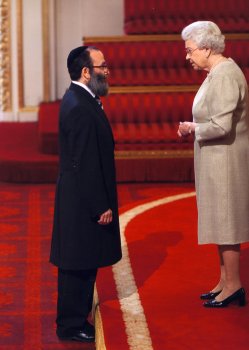 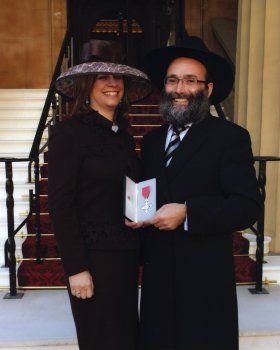